In 2018-2019 a temporary exhibition marked the 100th anniversary of the Influenza Pandemic. The pandemic came at the end of a devastating war and struck Wellington between November and December. Wellington had the highest death rate of the cities.

The Sisters of Compassion responded to the call for volunteers. The sisters nursed the sick in Island Bay, Berhampore, and at the temporary hospital at St Patrick’s College.  Along with a team of volunteers, the sisters cared for 91 men at the hospital. Dr Kingston-Fyffe, the attending doctor, described St Patrick’s Emergency Hospital as a model of good management and good nursing, in contrast to the chaos at the other temporary hospitals.

During the pandemic Suzanne Aubert was in Rome, stranded by the war. The outbreak of flu further delayed her return home.  Sister Claver led the sisters at this time and Sister Clotilde directed much of the nursing. Notably Sister Clotilde was assigned a motorcyclist and a side-car to carry out her duties. Many of the sisters contracted the flu.

Sister Natalie O’Meara, who was in charge of the nursery at the Home, caught the flu when visiting her brother. She died on 13 December 1918. 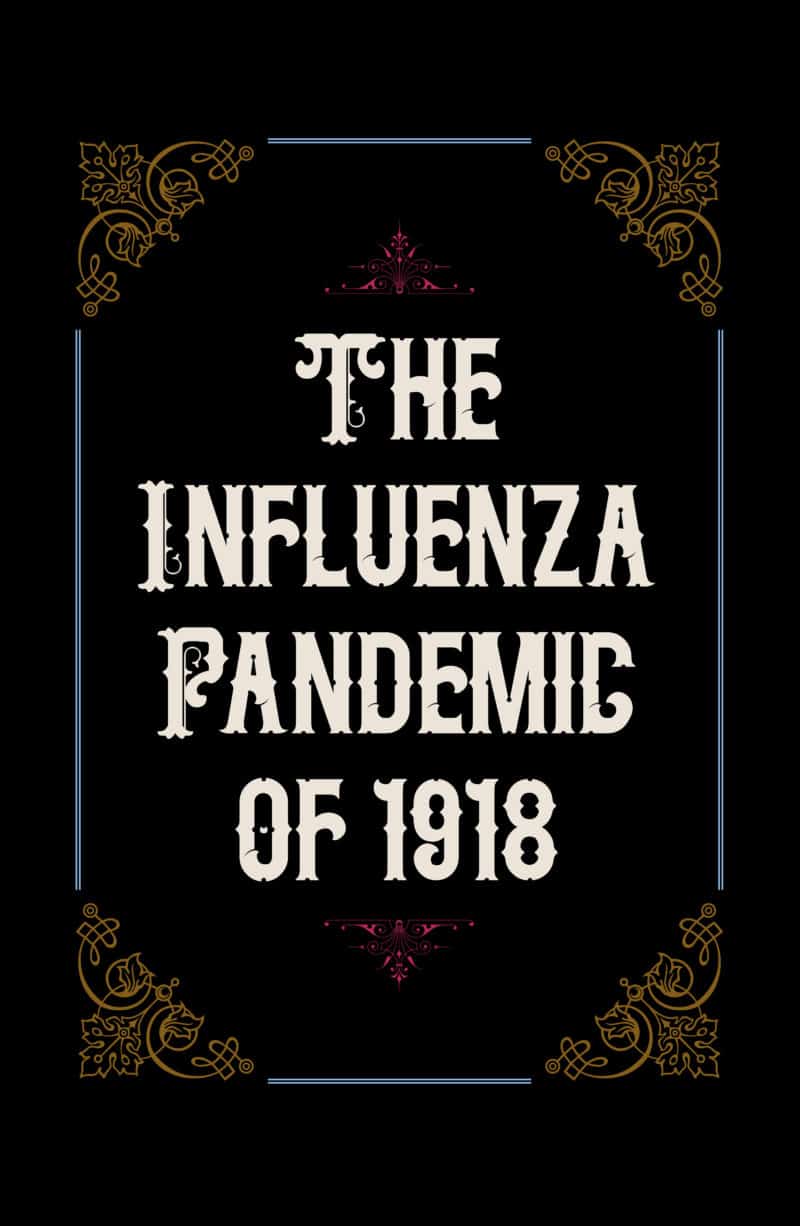 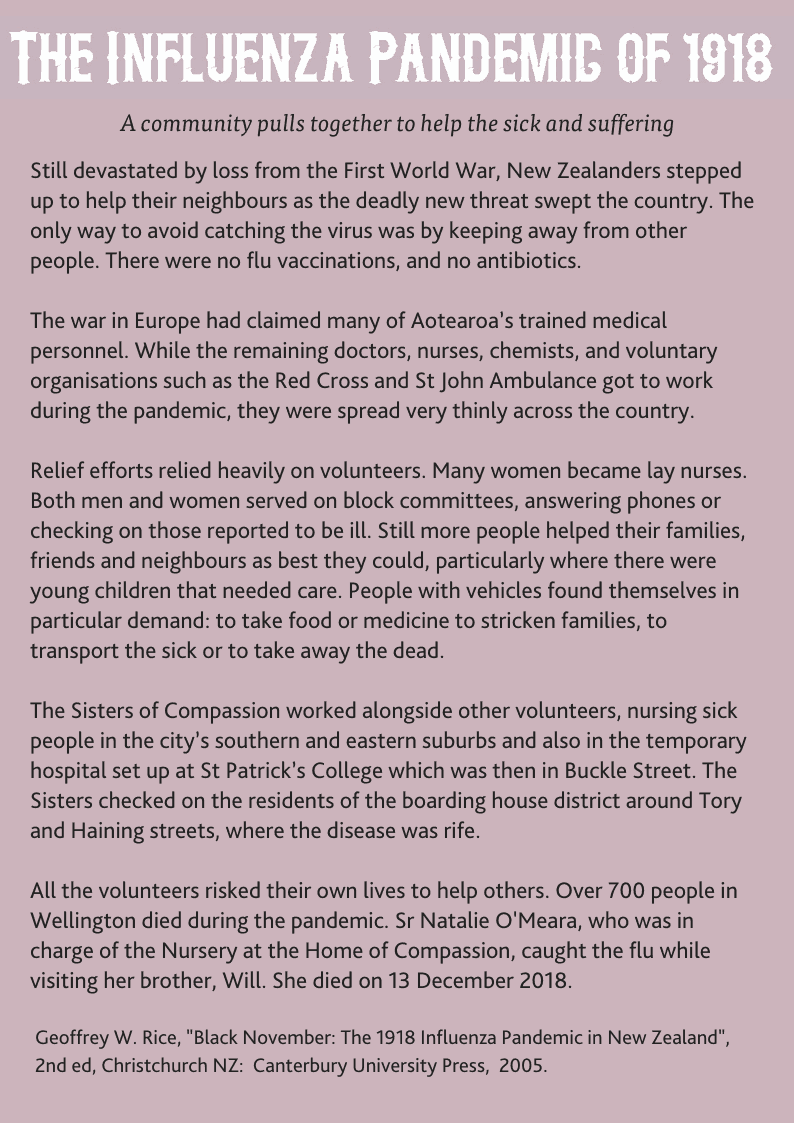 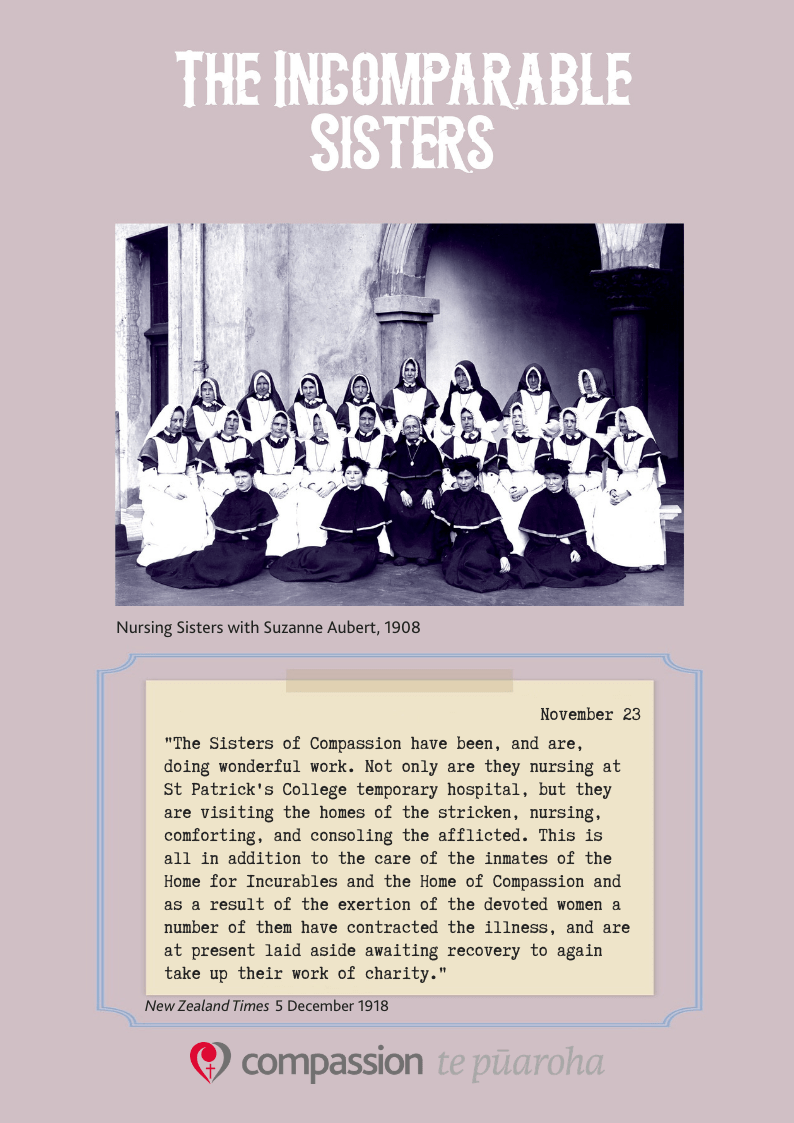 Replicated extract on the Influenza Pandemic from the Reminiscences of Mother Mary Joseph Aubert Foundress of the Sisters of Compassion written by Sr Angela Möller, Suzanne Aubert’s secretary, in 1945